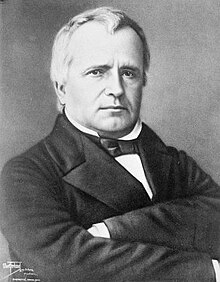 Our party first existed under the name of the ''Parti bleu'', formed in 1850 by supporters of Louis-Hippolyte La Fontaine. The Blue Party opposes the anticlerical policies and radicalism of its rival, the Red Party of Louis-Joseph Papineau.

The Blue Party supports the role of the clergy in Quebec society. Some members of the Blue Party, led by George-Étienne Cartier of Lower Canada, join supporters of John A. Macdonald of Upper Canada to form a coalition government from 1857 to 1862. It's this coalition that becomes the Conservative Party (then called Liberal-Conservative), who was the instigator of Canadian confederation in 1867.

Pierre-Joseph-Olivier Chauveau and the dominance of the Conservative Party

Pierre-Joseph-Olivier Chauveau is the first leader of the party as well as the first premier of Quebec.

After Confederation, Quebec is a Canadian province and the former blue party becomes the Quebec section of Macdonald's conservative party. This party forms the government of the province and Pierre-Joseph-Olivier Chauveau becomes the first premier of Quebec. Cartier is Macdonald's Quebec lieutenant in the House of Commons in Ottawa. The Conservatives dominate Quebec politics at the federal and provincial levels for the next thirty years. They will form the government of Quebec for twenty-five out of thirty years, providing eight of the ten prime ministers during this period.

However, the party is becoming increasingly divided between a moderate faction and the ultramontane faction of Catholic fundamentalists. In addition, the links of the provincial party with the federal Conservative party harm the provincial party because the federal party is seen as hostile to French Canadians and to Quebec. The execution of Louis Riel in 1885 angered Quebecers and harmed the Macdonald Conservatives in the election.

After Macdonald's death in 1891, the coalition that formed the federal Conservative party collapsed, especially on the Manitoba schools issue. The resolution of this controversy eliminates the possibility of a significant presence of French Canadians in western Canada. 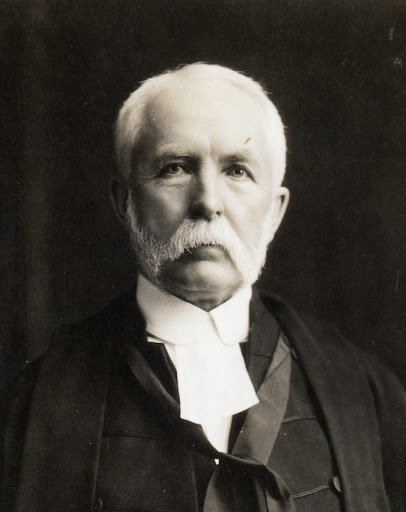 The popularity of the Conservatives fell again with the conscription crisis of 1917 when the federal Conservative government of Robert Borden imposed conscription in Quebec despite the opposition of the majority of Quebecers. This event led to riots in the province.

Murice Duplessis and the Union Nationale 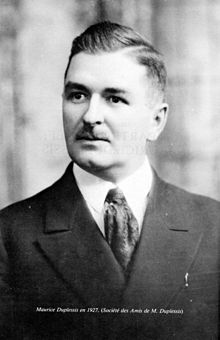 In 1933, Maurice Duplessis became the leader of the Quebec Conservatives. The following year, the ruling Liberal Party split when a group of nationalist liberals unhappy with the government of Louis-Alexandre Taschereau left the party to form the National Liberal Action (ALN). Duplessis approached the dissident party and, two weeks before the 1935 election, the Conservatives and the ALN formed an alliance under the name of “Union nationale” in order to avoid dividing the votes against the Liberals. Later, the alliance was formalized and the two groups founded a single party under the name of National Union. This party won the 1936 election and dominated Quebec politics until the death of Duplessis in 1959.

In the general election of 1939, a vestige of the old Conservative Party presented three candidates. They won only 0.2% of the vote, and the party dissolved soon after. 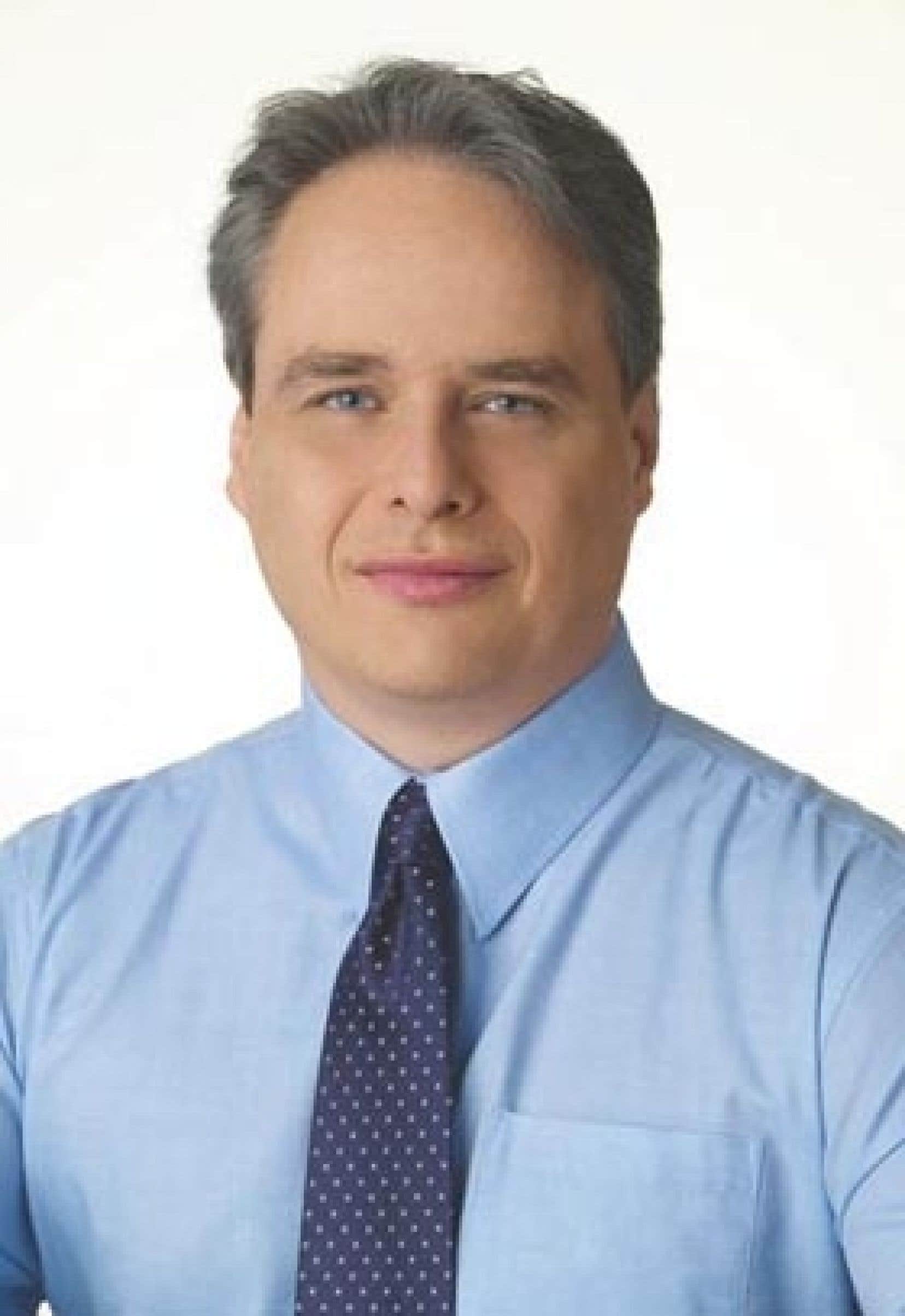 In January 2012, the party, which still existed on paper, was restarted and chaired by radio host and political analyst Jeff Plante who, with the help of his team, established the foundations and the constitution and entrusted the interim leadership to the former federal Conservative MP for Louis-Hébert Luc Harvey. On May 26 and 27, 2012 in Drummondville, the party re-founding convention took place. Stéphane Guinta then acted as general manager of the party.

The party presents 27 candidates in the general elections of 2012 where the party obtained 0.18% of the votes cast. Luc Harvey then resigned as Leader. Former ADQ Huntingdon riding MNA Albert De Martin assumed interim Leader of the party.

In January 2013, a leadership race took place between two candidates: Daniel Brisson and Adrien Pouliot. Adrien Pouliot was then well known in the world of fiscal conservatism through his participation in the founding of the Montreal Economic Institute. He was vice-chair of the policy commitee of the Action Démocratique du Québec when it merged with the CAQ of François Legault. Mr. Pouliot had also spoken out against the merger in public and took part in a tour of Quebec in order to convince the members of the ADQ to reject the merger with his chair of the policy committee of the ADQ, Claude Garcia.

The CAQ and the ''effective left'' 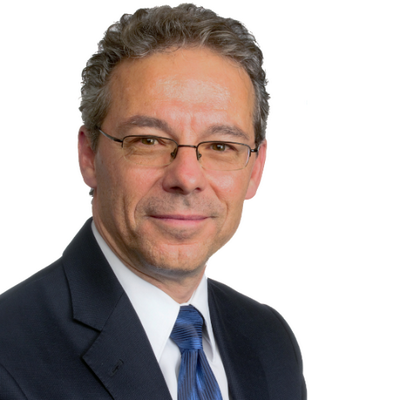 Adrien Pouliot argued that, after a meeting with François Legault, that the CAQ was in fact not a right-wing party but a party promoting what he called the effective left, and that François Legault in particular was opposed to several of the policies claimed by the ADQ at the time. Disappointed with the merger, Adrien Pouliot will not join the CAQ and will publicly declare himself as "a political orphan".

After several months of reflection, and after having considered running for the leadership of the Liberal Party of Quebec in order to bring this party more to the right in economic issues, he decided in January 2013 to run as leader of the Conservative Party of Québec. On February 14, 2013, Daniel Brisson withdrew his candidacy and on February 23, Adrien Pouliot became Party leader during the General Council. On October 19 and 20, 2013, members adopted the Party's new official platform at the 2013 National Convention.