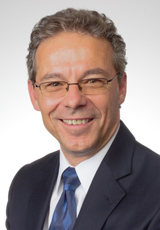 For the reasons I announced recently, I have decided to pass the baton to a new runner in our relay race to enter the National Assembly.

The objective of the first lap of the race was to put the Party back on track, to give it credibility and to lay solid foundations. Mission accomplished! Our values ​​are solidly anchored, our positioning is clear, we are credible and our ideas hold water: even the Association des économistes du Québec had nothing to criticize about the financial framework that we presented during the general election of 2018!

We also started getting the high rise out of the ground, increasing our number of candidates from less than 20 in 2012 to 60 in 2014 and then to 100 in 2018 and increasing our number of votes tenfold in 6 years. Our funding is now stable, we are managing our cash inflows prudently (as we will manage Quebec's own finances!), we have paid off all our election debts and we have even started to fill our election coffers for 2022.

We do not yet have elected MNAs but we will have a chance to achieve that objective on October 4, 2022. The catastrophic management of the pandemic, with Quebec at the top of the list in Canada in terms of number of deaths per thousand, shames us all and explains the discontent of citizens who are now being blamed and put in detention and confinement to hide the failure of the Legault government. We therefore have a historic opportunity to capitalize on popular discontent to make a remarkable entry into the National Assembly!

The ball is now in our supporters’ court! What I want is a vigorous race with a respectful debate of ideas, a race managed in a transparent and professional manner. This is why we have set up two neutral committees to manage the selection process. Now is the time to get actively involved in advancing your ideas and your candidate! You must first become a member and make a contribution to the Party: every dollar counts! Then, there are several ways to walk the talk: participate in the activities surrounding the race, register for the Leadership Convention in the spring of 2021, create a Electoral District Association, and even be our flag bearer in the 2022 election under the leadership of our new Leader. I also encourage you to run as a leadership candidate or lend a hand to your favorite candidate's campaign by signing their letter of support and working as a volunteer for their campaign.

We have a bright future ahead of us, it's up to us to seize the opportunity to do what we want with it!

Adrien Pouliot
Leader of the Conservative Party of Québec