Hydro-Québec: You will not see your money again

The CAQ will soon break another of its main promises: the amount of 1.4 billion that Hydro-Québec overbilled will not be reimbursed. Already on November 9th, it was done. 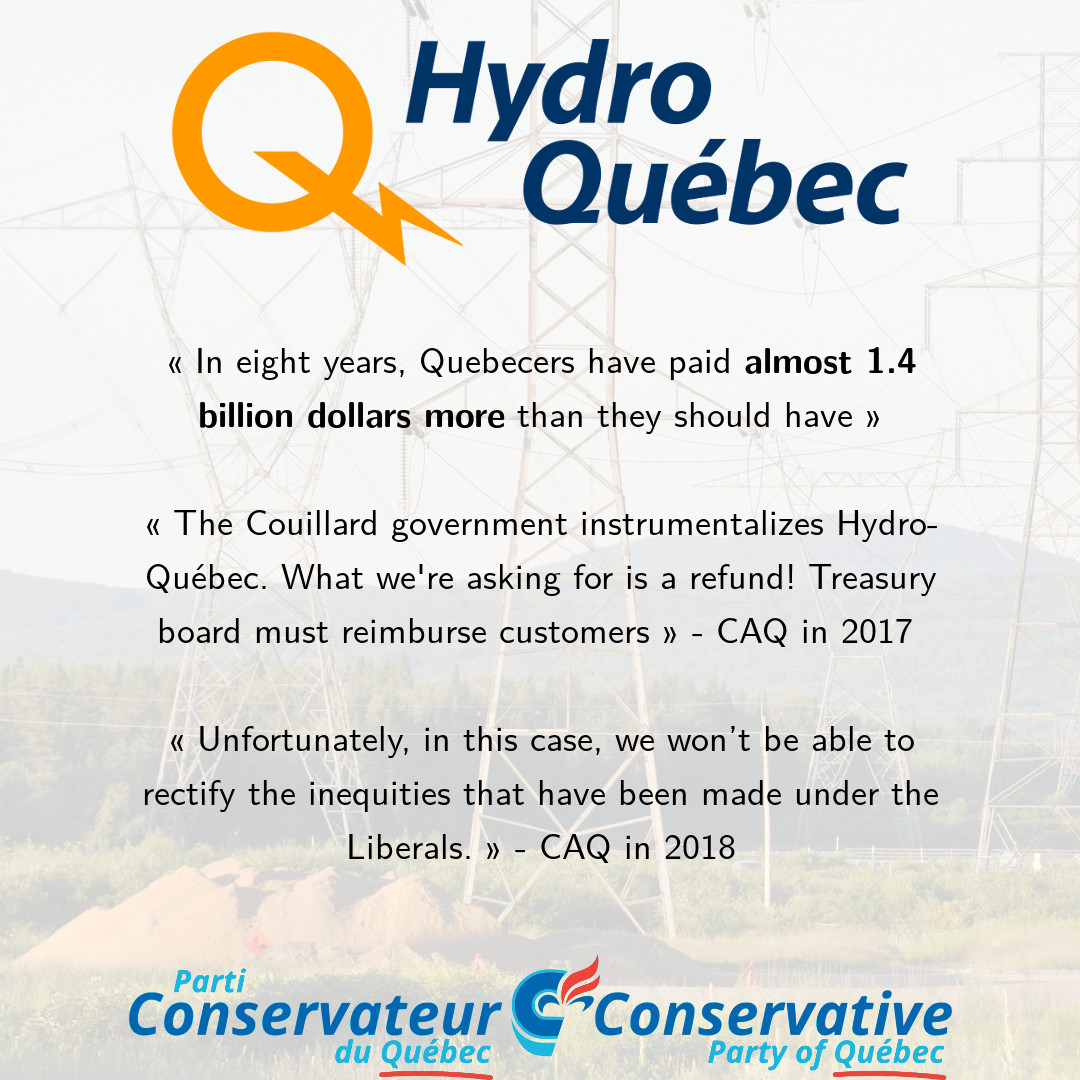 “In eight years, Quebecers have paid almost 1.4 billion dollars more than they should have” (translated)

“The Couillard government instrumentalizes Hydro-Québec. What we're asking for is a refund! Treasury board must reimburse customers” (translated)—CAQ in 2017.

“Unfortunately, in this case, we won’t be able to rectify the inequities that have been made under the Liberals.” (translated)—CAQ in 2018

A petition with more than 50,000 signatures was filed at Hydro-Québec headquarters.