A DEBATE BETWEEN THE TWO CANDIDATES FOR THE CPQ LEADERSHIP

For immediate release
A DEBATE BETWEEN THE TWO CANDIDATES FOR THE CPQ LEADERSHIP
Montreal, March 1st, 2021 - A first televised debate between the two leadership candidates of the Conservative Party of Québec (CPQ) will be presented live on CMATV on Tuesday, March 2nd, 2021 at 8 p.m., as well as on YouTube and Facebook. CMATV CEO Michel Montminy will host the event.
The 2 candidates who will meet on the stage, Daniel Brisson and Éric Duhaime, wish to firmly establish the CPQ in the Quebec National Assembly from the next election.
The PCQ has multiplied its membership by 12 since last fall, reaching nearly 8,000 members by the end of February. Almost as much as the number of CAQ members in the last election.
The leadership race was sparked last fall by the announcement of the resignation of CPQ leader Adrien Pouliot. He will leave the reins of the Party on April 17th, 2021, when members will choose the new leader.
The subjects dealt with during the debate on March 2nd will be:

• The pandemic: what reform of the health system?
• Free speach: how to defend it?
• The economy: what stimulus?
• Politics and democracy: are we in autocracy?
The questions will not be known in advance by the candidates. 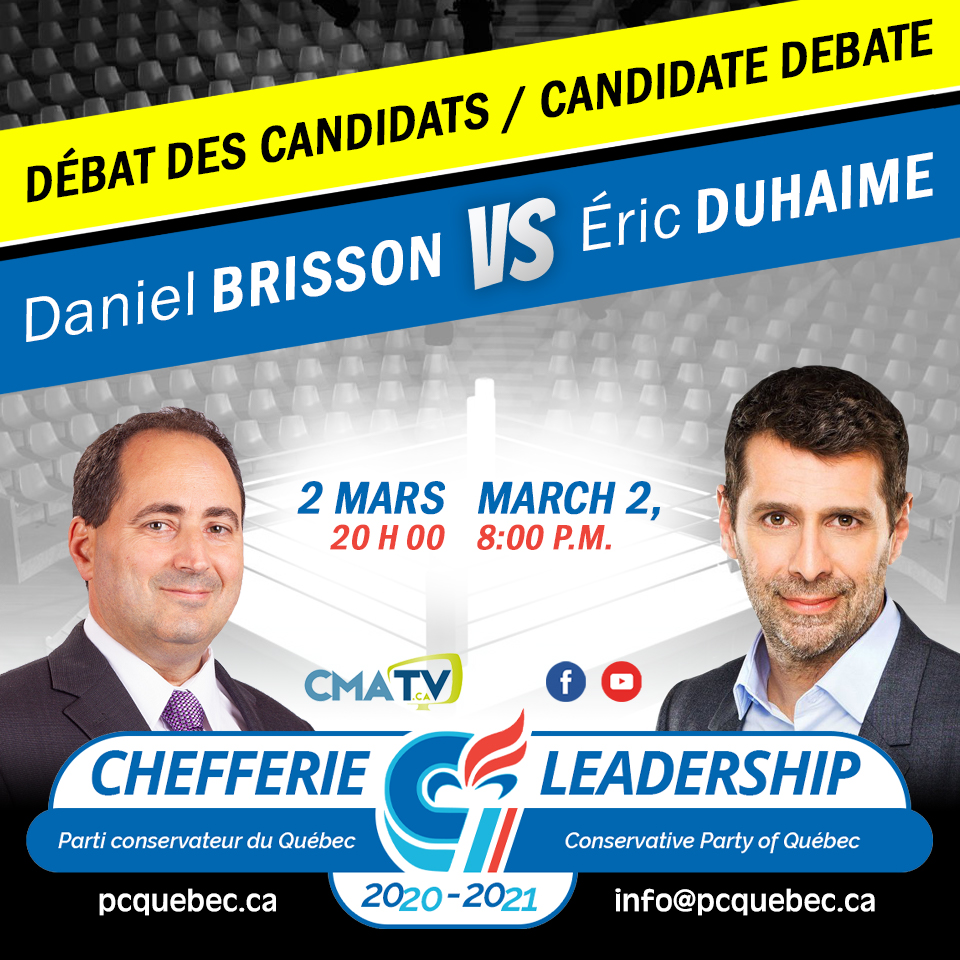