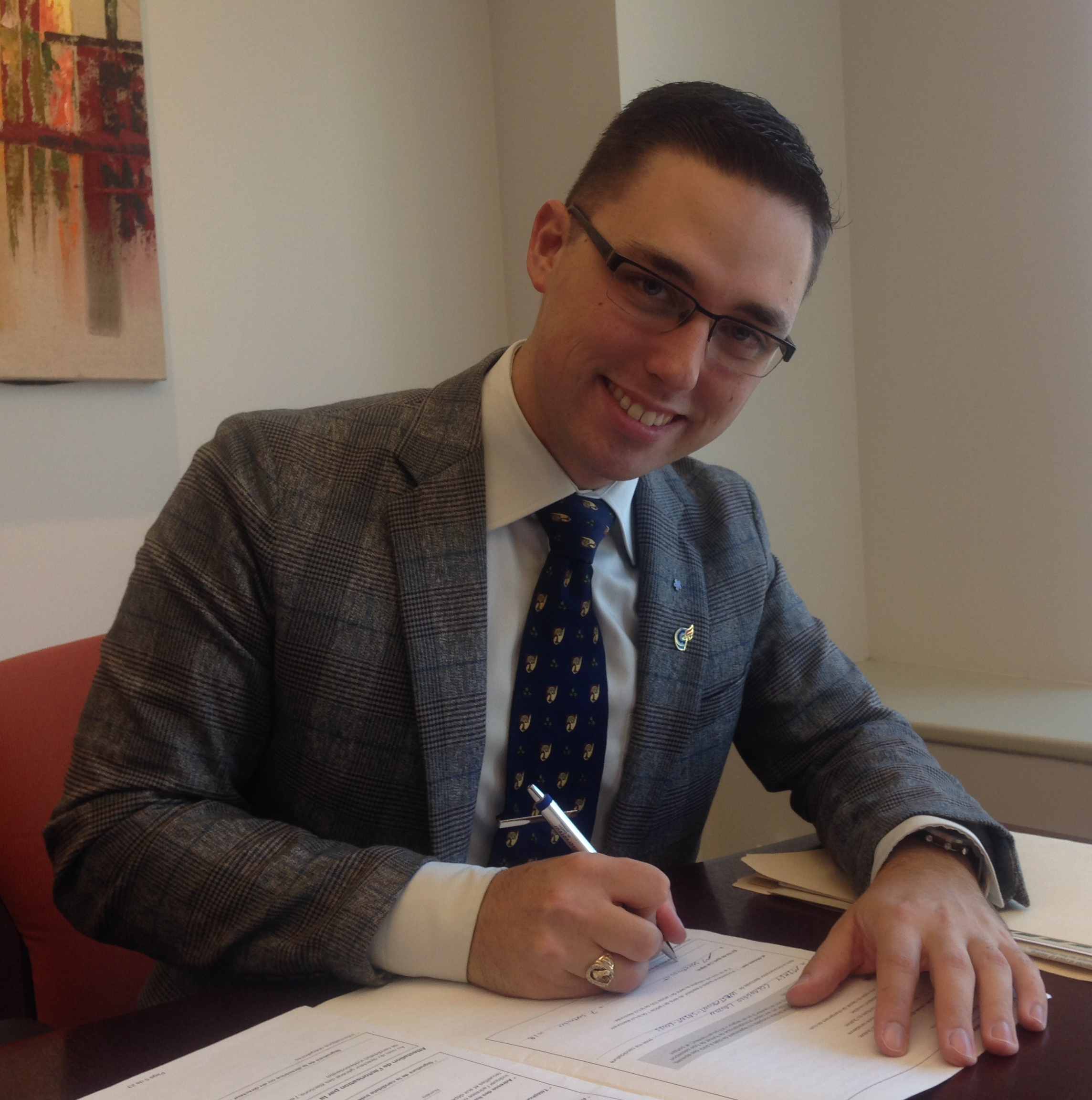 Born into a middle-class family in Sherbrooke in 1992. His mother, Susie Colangelo, comes from the Montreal Italian-English community and his father, Mario Lauzon, was a French-Canadian tinsmith whose family has been based in the Eastern Townships for generations.

Mikey studied Business Management at CÉGEP de Joliette where he was a director on the Conseil d’établissement, an administrator of the Regroupement étudiant, and director of the Club Entrepreneur. He received a scholarship in 2012.

A proud Westmount resident and bilingual by training, just like his father Mikey started as a factory tinsmith on the north shore of Montreal and later as a luthier in the Eastern Townships.

Mr. Colangelo discovered his entrepreneurial spirit on the cusp of his twenties thanks his friend and colleague, Peter G. White, with whom Mikey participated in a commercial development operation in central Africa, specifically the DRC. Primarily undertake financial development and project management for various local and international companies. He have had the opportunity to make several trips to central Africa, South America, the Middle East, the United Kingdom, and Asia.

Very involved in the Montreal community, in many private and public organizations. Among others, as a Council member, Membership Chair, of the University Club of Montreal, member of the Forest and Stream Club in Dorval and member of the International Wine and Food Society. Epicurean, he writes gastronomic columns for Éditions Debeur, Guide gourmand des québécois.

His interest in politics asserted itself at an early age, first with the ADQ under Mario Dumont and Gérard Deltell. Active campaign with the group Restons ADQ with Adrien Pouliot and Claude Garcia who strongly opposed the merger with the CAQ, a party advocating the “effective left.”

Mr. Colangelo also proved itself with the Conservative Party of Canada. He was taken under the wing of former Mulroney administration officers where he became the Financial Officer of the Notre-Dame-de-Grâce--Westmount Conservative Association.

Since October 13th, 2018, he has been the Executive Director of the Conservative Party of Québec.

N.B. The Conservative Party of Québec and Mr. Samuel Fillion Doiron authorize the redistribution of this page on Wikipedia and other public encyclopedias under the terms of the license Creative Commons BY-SA 4.0